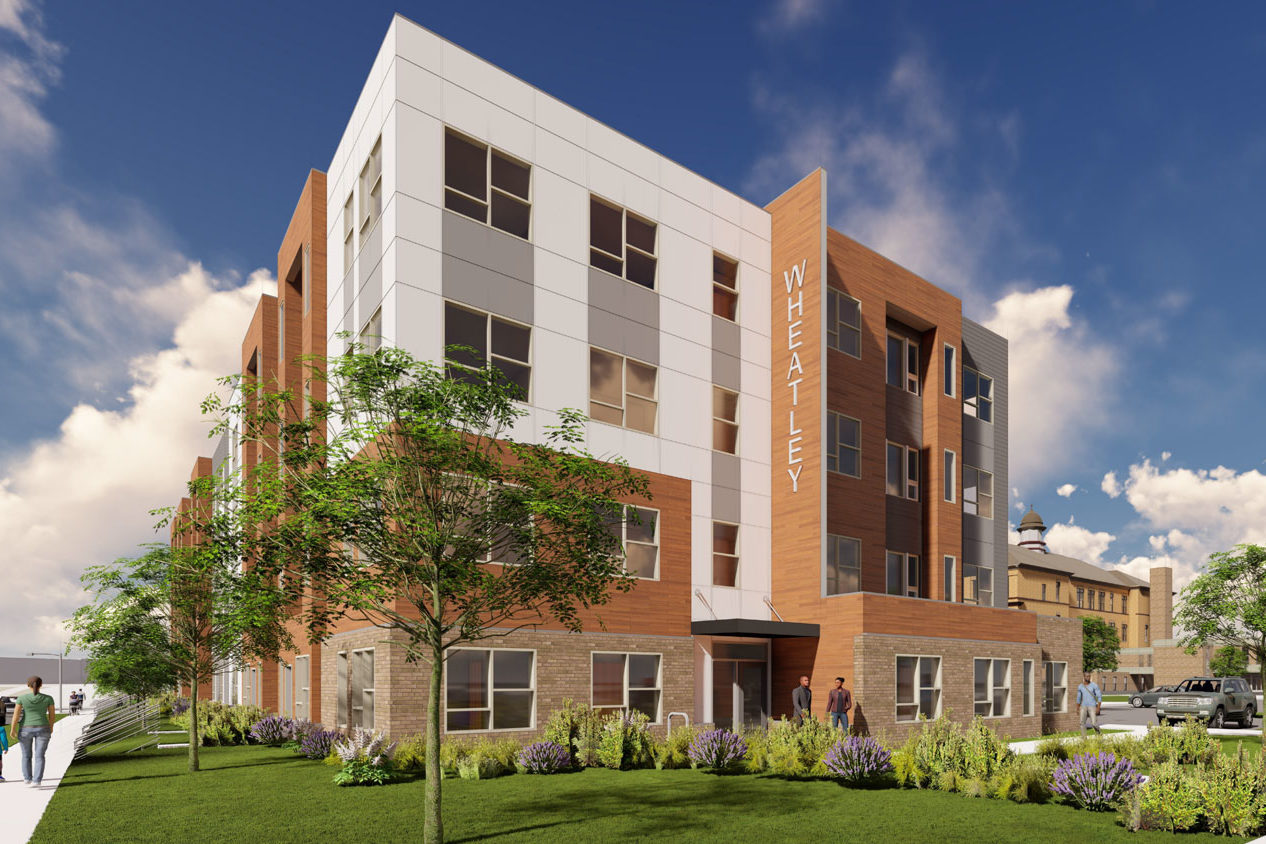 MILWAUKEE (May 13, 2021) –  Royal Capital broke ground on a $22 million redevelopment of the former Phillis Wheatley Elementary School, located at 2442 N. 20th Street in Milwaukee. The school, which was closed in 2005, was named for Phillis Wheatley (1753-1784), who, despite being enslaved, was one of the best-known poets in pre-19th century America and was the first African-American and the second woman to publish a book of poems.

Royal Capital executives, alongside Alderman Russell Stamper II, and Milwaukee Mayor Tom Barrett led the groundbreaking ceremony. “The work to bring this development to the district was significant and will result in a much-needed benefit to the 15th district residents. The beautiful and affordable housing, the classes and mentoring, community café and the public gathering places that will be provided through this project are all welcome developments for this area. Thank you and congratulations to Royal Capital on this special day.”

“This redevelopment is the perfect example of what we’re trying to achieve at Royal Capital,” said Kevin Newell, Founder & CEO of Royal Capital. “We want to be a catalyst for positive change. In addition to quality aesthetics across the campus, we’re also providing amenities, programming, and education that will add value to the residents of the neighborhood. With Phillis Wheatley being my former neighborhood school, it’s my honor to lead such a transformational opportunity.”

The project will include the adaptive reuse of the existing school building and new construction of a four-story building on the same site. In total, the redevelopment will have 140,880 square feet, provide 82 living units, paired with useful educational, wellness, and entrepreneurial programming for residents and neighbors alike. Intentional amenities on site will also include a fitness center, makerspace, neighborhood business center, a food demonstration kitchen, and a café.

For more information about the development, please contact us at info@RoyalCapital.net.

“We couldn’t be more pleased to partner with Kevin Newell and his team at Royal Capital to continue transforming this portion of the city…Kevin embodies that entrepreneurial spirit and shares our commitment to building a stronger and more vibrant downtown community.”

“This investment (The Flats @ Grandview Commons) will help meet a critical need in Wisconsin and we are proud to be a partner and help break ground on such an important housing community in Madison.”

“UnitedHealthcare’s investment in The Flats at Grandview Commons is part of a company initiative to help people live healthier lives by connecting quality and affordable housing to better health,”